Will gold come out of the shadow of the dollar?

Everything is mixed up in the financial market! Despite the panic over the coronavirus, US stock indices are rewriting historical highs, the MSCI index of world stocks is moving steadily upward, and gold ignores the strong dollar and intends to return above the mark of $1,600 per ounce. Only oil is experiencing serious problems due to slowing Chinese demand. The market is full of paradoxes because the S&P 500 rally is usually identified with an improvement in global risk appetite, and what increase in interest in profitable assets can we talk about if the rate of growth of global GDP risks a serious decline? 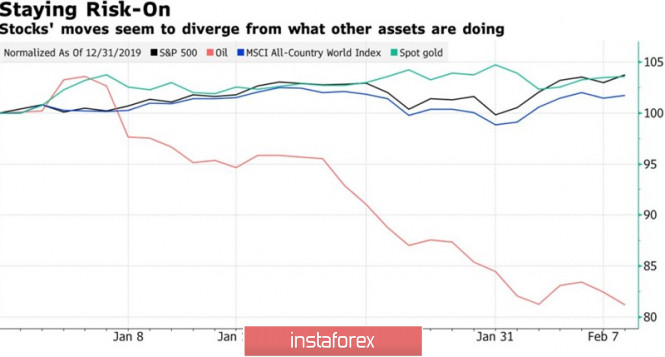 The fact that investors do not know what to do is evidenced by the situation in the futures market and the ETF market. If the reserves of specialized gold-oriented exchange-traded funds rewrote the historical maximum, increasing by 61.7 tons in January, according to the World Gold Council, speculators, on the contrary, reduced the net long positions on the precious metal to a two-month low. Most likely, they were scared by the strong dollar and US stocks. And this makes sense.

Traditionally, both gold and the dollar are perceived as safe-haven assets, but if the US economy is strong and demand for assets issued in the States is high, the US currency pulls the blanket over itself. That is, it tries to take away the status of asylum from the precious metal. Something similar is happening now. Jerome Powell, in his speech to Congress, said that there is no reason to believe that the most record-breaking economic expansion in the United States, which is already in its 11th year, will stop. Due to the low share of exports to China and Asia as a whole in GDP, Americans will not experience serious pain due to the coronavirus. For Germany and the eurozone, it is scarier than for the US. 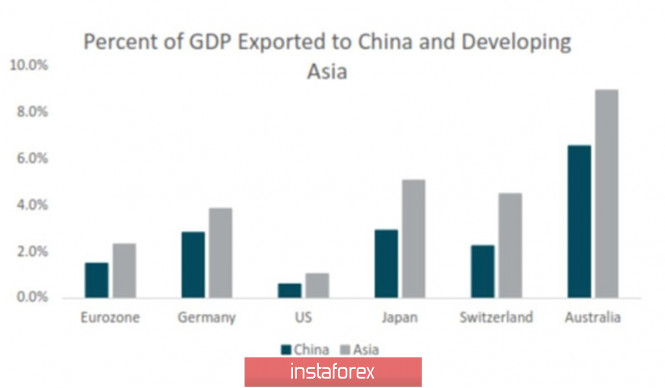 Add to this the S&P 500's relentless rewriting of historical highs, and the reasons for capital inflows to the New World and the associated strength of the dollar will become clear. Gold is still content with leftovers from the table of the "American", however, as soon as the macro statistics for the States begin to disappoint, the "bulls" for XAU/USD will get a new reason to attack. In this regard, the releases of data on inflation and US retail sales deservedly attract the attention of investors.

In my opinion, there is such an element in the rally of American stock indices as the desire of speculators to jump into the last car of the train going North. The economy is slowing, the Fed has no intention of cutting rates, and a strong dollar is dragging down corporate profits. The S&P 500 correction will be a major catalyst for the upward trend in gold.

Technically, the bears' inability to break below the resistance at $1540-1550 per ounce and activate the 1-2-3 reversal pattern was a sign of their weakness. The bulls are trying to seize the initiative and to continue the rally in the direction of the 200% target on the AB=CD pattern, they need to storm the resistance at $1595.

Risk Warning: CFDs are complex instruments and come with a high risk of losing money rapidly due to leverage. 55.29% of retail investor accounts lose money when trading CFDs with this provider. You should consider whether you understand how CFDs work and whether you can afford to take the high risk of losing your money.
You are now leaving www.instaforex.eu, a website operated by INSTANT TRADING EU LTD
Proceed
Online
support
Highlights in the
"Photonews"
Learn More