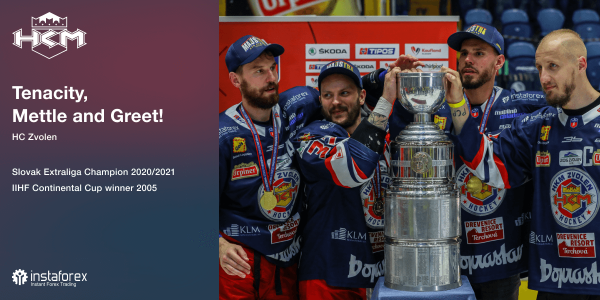 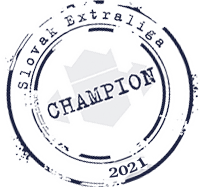 InstaForex has been a general sponsor of one of the oldest Slovak hockey clubs, Zvolen, for 8 years. Our team is tremendously proud of Zvolen’s achievements. This 2020/21 season, the Knights were crowned the champions of the Slovak ice-hockey premiership for the first time in 8 years!

Fans nicknamed the hockey team the Knights because of its strategy and the ability to win. Zvolen is now a three-time champion of the Slovak Championship. The team won the previous two titles in the 2000/2001 and 2012/2013 seasons.

The 2020/2021 Slovak ice-hockey premiership took place from October 2th, 2020 till May 6th, 2021 with 12 hockey clubs fighting for victory. HKM Zvolen won the fifth game in the 2020/2021 Tipos Extraliga final playoffs, clinching the title of the Slovak Champion. On May 6th, Zvolen defeated HK Poprad 3:2 during a home game and won the series in the playoffs 4:1.

The champions showed a stable performance throughout the season. They entered the playoffs from the first place and immediately revealed their strength by knocking out HC Nove Zamky in four games.

Round 2 turned out to be more challenging: the Knights met with hockey players from HC Slovan Bratislava. Zvolen won the first game in a shootout and Slovan Bratislava the second in the overtime. Then, Zvolen defeated their opponent again in a 2:1 overtime victory.

"Winning against Slovan is not easy at all, but we deserved to be in the final because in full strength we scored more goals than our opponent," Zvolen coach Peter Oremus said.

The final match of the championship was intensely dramatic. Allan McPherson opened the score nine minutes into the game when he swept the puck into the goal through the crowd. In just a minute, Peter Bjaloncik received a pass from behind the goal and leveled the score with a wrist shot, 1:1.

In the second period, Poprad’s Canadian forward Brandon Masinhter was disqualified from the game after injuring Mikko Nuutinen. Zvolen seized the initiative in the subsequent five-minute power play.

In the third period, Allan McPherson scored his second goal, stretching the lead to 3:1 for the Knights.

HC Poprad made every effort in the final moments of the game and cut the lead to 3:2 in the 19th minute owing to James Livingston’s goal. Zvolen successfully defended its goal in the final moments and was rewarded with a much-anticipated victory and the title of the Slovak Champion.

When the Slovak ice-hockey premiership was over, Zvolen and its fans celebrated the triumph together at the stadium. The festivity lasted until 21:00 due to restrictive measures. 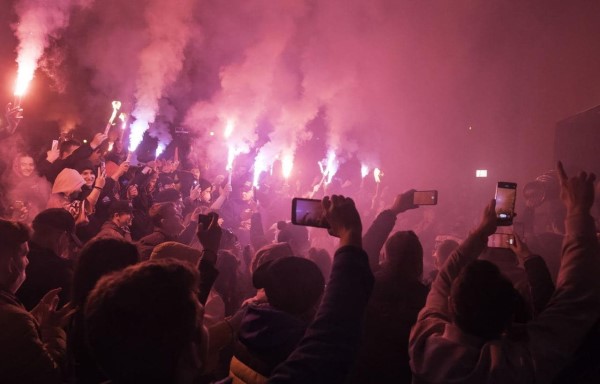 Four days later, the players and the coaching staff rode the main streets of Zvolen in the Škoda 706 RTO bus to celebrate the glorious achievement together with fans. The champions were greeted by thousands of people who sang, danced, and chanted: "We are Zvolen, we are the champions". 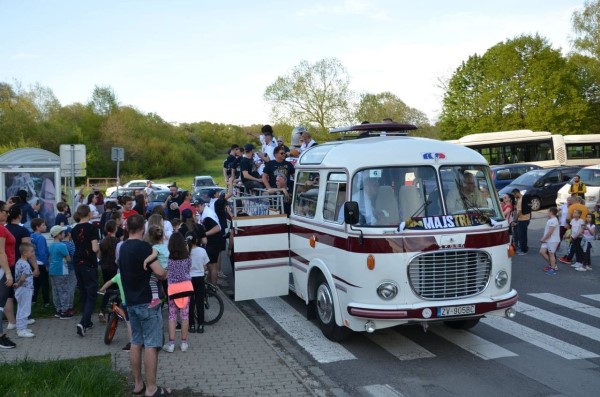 Do you want to know why 7,000,000 traders, as well as future and accomplished champions, choose InstaForex? The answer is simple: they have a common goal - the desire to improve and perseverance to succeed.

InstaForex is a regulated broker. For 14 years, the company has been offering high-tech solutions for online trading by means of such instruments as currency pairs, cryptocurrencies, precious metals, CFDs, shares, and commodities. The broker combines fintech and media services. InstaForex is one of the leading players in the global Forex market.