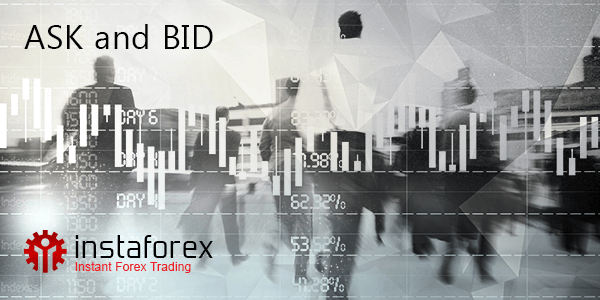 We have the currency pair EUR/USD with the quotation 1.3652/1.3655. This means that you can buy 1 euro for 1.3655 dollars or to sell 1 euro for 1.3652 dollars. The difference between Bid price and Ask price is called spread. Spread is a payment for the opportunity to trade on the Forex market, so-called commission of the brokerage firm. Spreads are very small on the exchange market; they are ten or even hundred times smaller than the banks' spread. For the most part of the major currency pairs spreads amount to 3 points.