The Hull Moving Average (HMA) is one more alternative of an ideal MA that enables smoothing price movements with the help of weighted averages. The indicator was created by Alan Hull.

The HMA indicator was developed as an effective price filter. It includes standard functions of most moving averages; it influences the price as support/resistance and market entry decision-making on the basis of the angle of the curves inclination. But also, the Hull Moving Average allows a trader to determine the trend with the help of the color model built in the indicator.

In case an upward trend prevails, the HMA changes its color from red to blue, thus indicating a buying opportunity because the price may rise further after that. The change of color of the moving average would also signal a market entry.

The HMA not only smoothes price changes, but also eliminates signals’ delays. This effect was reached by virtue of some peculiarities in calculation. Thus, a trader can use the indicator in trades with no fears that the HMA would provide delayed signals to buy an asset or enter the market.

In addition to independent use of the HMA in trading, the MetaTrader indicator can be applied as market entry filter with trades being opened on the basis of other indicators or different methods of analysis. In this case, the moving average can be used for closing trades. The mechanism is the following: when the indicator changes its color to the opposite one, a trader should close a trade opened in line with the price trend and wait for a new market entry signal. 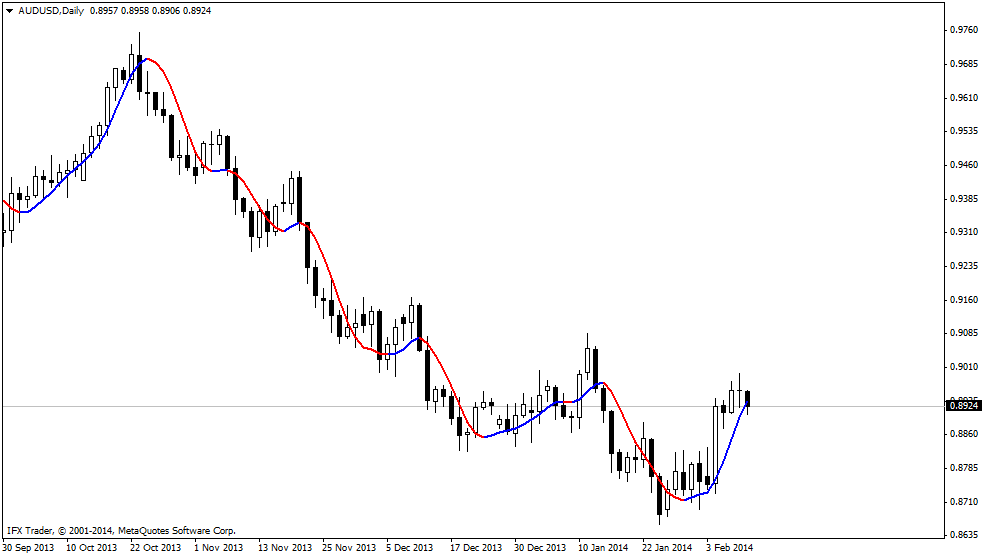