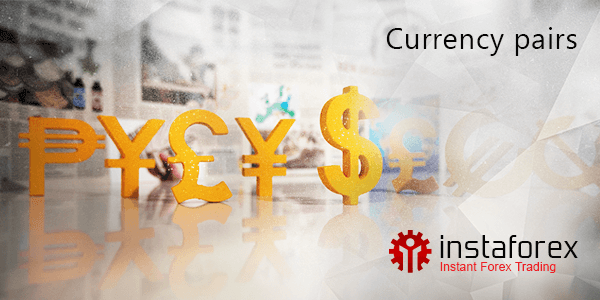 FOREX is the simultaneous buying of one currency and selling of another. Forex is a large financial market which is much bigger than the stock market. Forex daily trade volume exceeds $3 billion. Forex is an off-the-board market where the operations are conducted through brokers. The trading continues 24 hours a day, 5 days a week. With the help of brokers, it is possible to trade almost all currencies. Currencies, as a rule, are denoted by three letters, the two letters from the beginning denote the country, and the third letter - the name of the currency. The most liquid are considered to be the US dollar (USD), the euro (EUR), the Japanese yen (JPY), the British pound (GBP) and the Swiss franc (CHF).

A price of one currency versus another is constantly changing (rising or falling). For example, if we say that the US dollar is decreasing, it is not clear, as the US dollar can rise versus the Australian dollar and fall against the euro. Currencies are always traded in pairs. As currencies are quoted one versus another, the names of the currencies can be divided with a slash (/) and are written in the following way: EUR/USD.

The general reasons for this "sterling crisis" are said to be the participation of Great Britain in the European currency system with fixed exchange rate corridors; recently passed parliamentary elections; a reduction of industrial output; the Bank of England efforts to hold the parity rate for the Deutschemark, as well as dramatic outflow of investors. At the same time, due to a profitability slant the German currency market became more attractive than the English one. All in all, the speculators were rushing to sell the pounds for the Deutschemarks and for the US dollars. Consequences of the currency crisis were as follows: a sharp increase of the interest rate from 10% to 15%, the British Government had to accept pound devaluation and to secede from the European Monetary System. As a result, the pound returned to a floating exchange rate.

USD/JPY.
1997 Asian financial crisis
USD/JPY.
1997 Asian financial crisis Another intriguing currency pair is US dollar vs Japanese yen (USD/JPY). The US dollar and Japanese yen is third on the list of most traded currency pairs after the EUR/USD and GBP/USD. It is traded most actively during sessions in Asia. Movements of this pair are usually smooth; the USD/JPY pair quickly reacts to the risk peaking of financial markets.

From the mid 80-es yen ratings started rising actively versus the US dollar. In early 90-es a lively economic development turned into a standstill in Japan, the unemployment increased; earnings and wages slided as well as living standards of the country population.

And from the beginning of 1991, this caused bankruptcies of numerous financial organizations in Japan. As a consequence, the quotes on Tokyo Stock Exchange collapsed, yen devaluation took place, thereafter, a new wave of bankruptcies among manufacturing companies began. In 1995 a historical low of the USD/JPY pair was recorded at -79.80.

The global economic crisis touched almost all fields of human activities. Forex currency market was no exception. Though, Forex participants (central banks, commercial banks, investment banks, brokers and dealers, pension funds, insurance companies and transnational companies) were in a difficult position, Forex market continues to function successfully, it is stable and profitable as never before.

The financial crisis has led to drastic changes of the world's currencies values. During the crisis, the yen strengthened most of all against all other currencies. Neither the US dollar, nor the euro, but the yen proved to be the most reliable currency instrument for traders. One of reasons for such strengthening can be that the traders needed to find a sanctuary amid a monetary chaos. Other specialists explained the uprise of yen rates by refusing from carry trade deals. Thus, below there are currency changes of the major yen pairs.

From the table we see that yen added over 18% versus US dollar, 27.5% - against euro and 33% - versus pound. Among the most strengthened currencies the US dollar took the fourth place. Strange as it may seem, US dollar remains the most reliable currency in the world, irrespective of the advancing recession in the USA, a fall of the country's financial system, spending of $750 billion on Paulson's plan of economic recovery and the constantly growing foreign debt amounting to dozens of billions USD. Investors still rely on it. Below there is a table of currency rate changes versus the Greenback.

Among the strengthened currencies euro took the 12th position. Negative factors were: lowering of GDP and production of the largest Eurozone countries (Germany, France and Italy), fears about recession in the EU, reports about production stagnation, inflation and huge foreign debts of EU members, in particular Portugal, Ireland, Spain and Greece. As for the latter, there is a threat of its secession from the Eurozone. The fall of euro was provoked by investors refusal from this currency in favor of safer currencies (the US dollar and the yen). The table of currency rates change versus euro is given below:

During the financial crisis the euro had weakened against the following major currencies: the US dollar - by 8.3%, the yen - by 27.5%, the franc -by 8.8% and the Aussie - by 7.7%. From all stated above, we can say that Forex market, unlike the stock and other business activities did not suffer after the global economic crisis, on the contrary, it benefited.

Many currency market participants gained, their crisis period yield rate turned to be fabulous. In such situation, many people see an escape from crisis exactly in Forex. As they often say in China: a crisis involves not only perturbations in the economy and social strain, but it is also a favourable time for investments and for numerous problems solving.