Gold as an investment

InstaForex Company invites you to get acquainted with one of the most stable and effective instruments of capital saving. Nowadays, almost everyone interested can get access to the global gold market and invest funds in this precious metal.
Open trading account
Deposit money
Money withdrawal

Gold is the oldest and the most efficient measure of capital and wealth. Other precious metals were used for the same purposes besides gold. However, generations were changing, but gold has always been a common equivalent as well as a means of payment and a commodity at the same time. The gold standard system exerted a great influence on the world economic development in the 19th – 20th centuries. National borders receded in the face of gold, and it served as the main world currency until the 70’s of the 20th century. Due to this, operations with precious metals were under strict control. Generally, the transactions were conducted at the level of the states' monetary authorities and the international financial organizations.

However, as a result of contradictions within the system, qualitative changes took place, and currency rates became floating. Consequently, the gold's role was changed, on the legal basis it was excluded from the world currency turnover. Liberalization of gold deals began; the private individuals’ rights for physical possession of metals were expanded. The precious metals market altered, therefore not only the market structure, but also its members and the line of operations changed. Nowadays, gold is no longer a payment facility, however, it has not left the system of economic relations. Today the world gold market is a complex of domestic and international markets, which are almost independent from the governments’ control. All this guarantees 24-hour global trading both precious metals and their derivatives.

The structure of demand on the world gold market can be nominally divided into 3 components: hoarding at all levels, industrial and domestic consumption and speculative operations. Supply consists of precious metals, private and public reserves, processions of auriferous ores and illegal traffic.

The main sources of supply are gold producers; the main buyers are those who use it for industrial purposes. Both appear on the market irregularly due to different factors. However, we will dwell upon surges and recessions on the market of precious metals later. 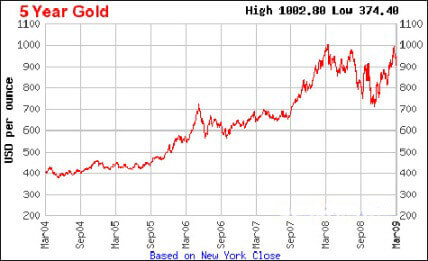 Gold markets
International gold markets are located in such cities as Zurich, Hong-Kong, London, New York and Dubai. Strict requirements are imposed on rather few market participants. They are usually big banks and specialized companies, which have good reputation and credit standing. Spectrum of possible transactions on the international market is quite wide. There are no taxes or customs control. Large operations with precious metals are conducted 24 hours a day, which is provided by an extensive clients' network related to the gold market. The deals are not rigidly regulated: the rules are made by market participants themselves.

Domestic gold markets are the markets of one or several countries focused on local investors mainly. They are divided into open and regulated markets. Open markets are nearly all markets in Europe, for example, in Milan, Paris, Amsterdam and Frankfurt-on-Main. The regulated markets are located in the Third World countries. On domestic markets, the operations are mostly made with small bars and coins with national currencies being the means of payment.

Black markets can be found in some countries of the Asian region. Their emergence is stemming from the total governmental control of the operations with gold. Black markets co-exist with closed ones. A closed market is a form of a domestic market organized radically, where import and export of gold are banned; moreover, because of taxes’ rates, trading precious metals is not really profitable by the reason of the domestic prices exceeding the world gold prices. 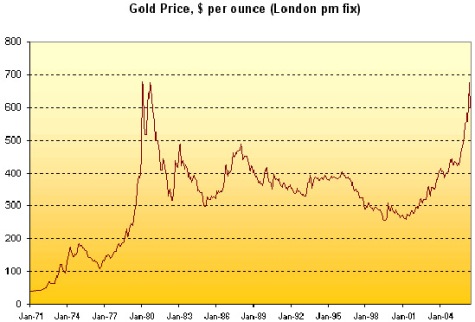 Primary gold is mostly provided by gold producers. They can be either small enterprises or big corporations. It is quite logical that the company’s influence on the market depends on the quantity of gold supplied by it. Consequently, other market participants pay special attention to the behaviour of the major gold producers.

Manufacturing and jewellery enterprises, as well as companies which deal with refining (gold clearing).

In some countries there are special sections on the largest exchanges which deal with precious metals trading and gold in particular.

Diverse interests of investors lead to various types of investments in gold-related assets. The most popular assets for gold market investors are CFDs.

National banks are the hugest operators on the gold market, they make rules. It should be mentioned, that active sales of reserve gold are not their main goal, but they demonstrate interest in active utilization of the reserves. The central banks have great influence on the market conditions, which became especially noticeable in the 1990-ies of the 20th century.

Professional intermediaries and dealers on the gold market are specialized companies and commercial banks. They have one of the leading functions, as almost all gold goes to their hands at first.

The largest volume of operations with pure gold is carried out in London and Zurich. Firstly, the major part of all gold trading operations were conducted in London, which was facilitated by the deliveries of the metal from the British Commonwealth countries, mainly from the Republic of South Africa. They were attracted by the skillful organization of precious metals trading. Gold was transported from London to Continental Europe and then forwarded to the Far East.

1. New Zealand Rate Decision On Tap For Wednesday  2. South Korea Business Confidence Index Slips In May - BoK  3. *South Korea Business Confidence Index 86.0 In May Vs. 87.0 In April- BoK  4. U.S. Dollar Drops To Lowest Levels In A Month  5. Treasuries Show Significant Move Back To The Upside  6. Oil Futures Settle Lower On Demand Worries  7. Gold Settles Higher For 4th Straight Session As Dollar Extends Slide  8. Two-Year Note Auction Attracts Modestly Above Average Demand  9. Norway Consumer Confidence Weakest Since 1998  10. U.S. New Home Sales Plunge To Two-Year Low In April
Take the first step towards your goal
Open account
Forex
charts
Keep up with any developments on Forex!
Want to keep track of real-time movements of currency pairs? With live charts, you are always aware of any developments on Forex
Up-to-date
analysis
Daily reviews and forecasts from reputable analysts
Analyze the market with our experts and adjust your trading for big events
Economic
calendar
Forex calendar introduces you to forthcoming events in financial markets
Find out what events, macroeconomic data, and other market-moving information are due in the near future
Forex TV
Latest video news and market analysis
Full-featured Forex TV broadcasts regular market updates, analytical reviews, interviews, and reports 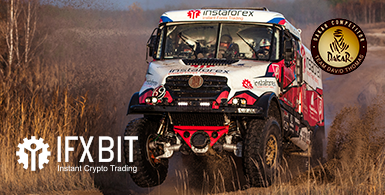 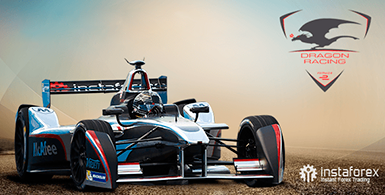 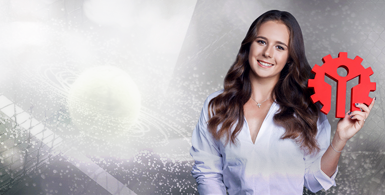 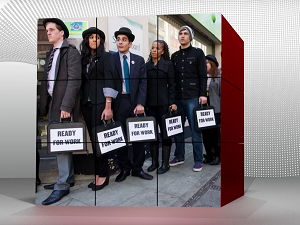 The basics of fundamental analysis are a must for every trader. This type of analysis enables a trader to forecast further dynamics of currency pairs, thus contributing to successful trading. Fundamental analysts view a labor market as a good barometer to judge whether a currency of that country is attractive enough for investments. 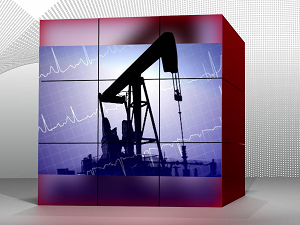 First and foremost, you should clearly understand what you are going to work with when picking a trading instrument. In this InstaWiki release, we will present a detailed analysis of oil as one of the trading instruments. 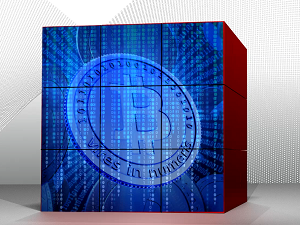 A few years ago, we got to know a new type of money, the cryptocurrency called bitcoin. Today, it is widely used for online shopping and even accepted for payments in some restaurants. What is more, bitcoin can bring you profit. Learn more about this from InstaWiki video. 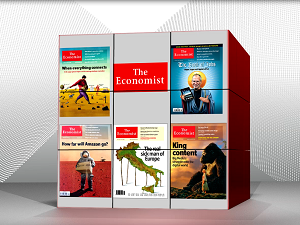 How do these concepts influence currency exchange rates? Why do central banks give inflation data high priority? You will find out about it from the next series of the video encyclopedia by InstaForex. 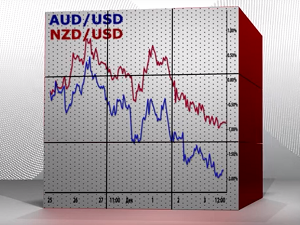 A successful investor never panics. In times of geopolitical instability, natural disasters, and uncertainty about the future, traders seek shelter in safe-haven currencies. 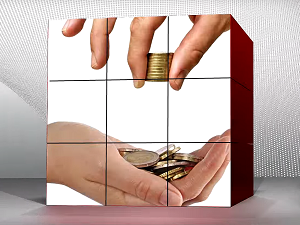 Carry trade and swap are ones of the most popular Forex terms. You will find a step-by-step guide on loss-free carry trading in this release of video encyclopedia from InstaForex. 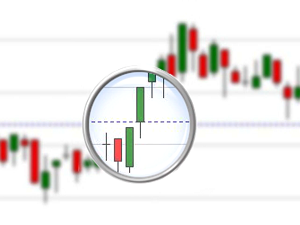 What is the basis of fundamental analysis and should a trader pay attention to macroeconomic statistics? Make sure you are up-to-date with InstaWiki releases, the new format of information videos from InstaForex. 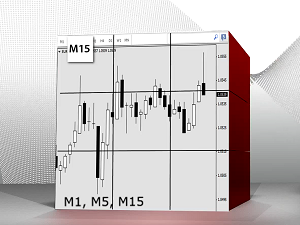 What are Japanese candlesticks and how are the prices of currency pairs formed? Explanation for key Forex terms is provided in another video of InstaForex TV encyclopedia. 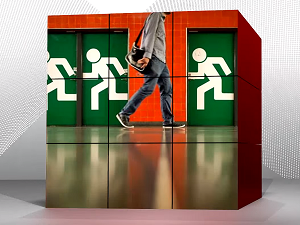 Another InstaWiki video will unveil what a trend is and how to notice its soon reversal.